I know it’s a good month if… 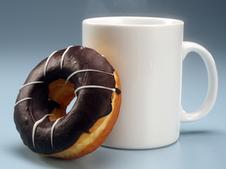 “I have enough money left over after paying my bills to buy a cup of coffee and a donut.”
That was Tom telling me how difficult it was to make ends meet on his $1,101 Social Security check. He didn’t mean that he would get a coffee and donut every day, he meant he’d go once that month – and only if he had something left over!

That’s no way to live.

Nor was Tom actually making ends meet, coffee or no coffee.

We met because the Town had initiated foreclosure proceedings for several years of unpaid taxes. And, while Tom owned his home free and clear, there was no way he could take out a regular mortgage to catch up on his taxes – he simply didn’t have enough income. (I know some of my readers will be asking why he didn’t just get a job but the simple fact is that Tom suffers from a debilitating back injury. On most days, it’s just painful to watch him walk; on the others, it’s down-right disturbing. Truly.)

The Reverse Mortgage credit line that I secured for him allowed him to pay-off the past-due taxes and provides funds for future years’ taxes until Tom is nearly 80 (an age he admitted he hoped he’d never see). For Tom, it gave him hope – not only that he could stay in his home, but also that when he was feeling up to it, he’d be able to enjoy a cup of coffee and a donut without sacrifice.

They say that necessity is the mother of invention. Sometimes, she gives us the inspiration to help someone in need.